This year’s study suggest the biggest positive impacts, as perceived by the public, were a boost to the public mood, a greater sense of national identity and – importantly – changing perceptions towards the UK as a great sporting nation, a finding that was more muted four years ago.

In 2012, the perceived or hoped for impact of a direct impact on economic growth, job creation and a boost for tourism were significantly greater – not surprising given London hosted the games. Even so, the new data suggests that success abroad still rouses public hopes on a boost to the economy, the ripple effect, perhaps, of the feel good factor and a buoyant public mood.

The 2016 data also suggested that associations with winning and success had a broader application than just sport. Whilst a relatively small proportion of people said they were more inclined to follow (14%) or take up a sport (8%) in their own time, more than one in three people felt Team GB’s Olympic success inspired a greater sense beyond just sport that “we can win things, rather than being British about taking part.”

The research also noted an impact in people’s media consumption habits, with a shift towards more uplifting stories, greater interest in celebrating role models and stories that made people, more generally, feel proud to be British. 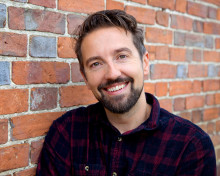