Insights into the coping strategies of consumers during a tough economic climate were today revealed at the research double-bill event at the Institute of Directors in Central London. In the last three days, more than 70 organisations attended the free insight events run by elephant communications and HPI.

The first session explored how the consumer mindset is adapting to a changing world. HPI's Coalition Consumer research indicated the various coping strategies consumers have adopted as a growing number of people claim they are suffering financially. The new data out next month will shed light on how the position has changed since the Christmas and New Year period - and may set the tone for what can be expected in 2012.

Highlights from elephant's new research, commissioned in January 2012 in preparation for a number of university lectures this Spring, questioned whether there is a divide between 'old' and 'new' media for 2012 and discussed how the combined influences of technology and economics have created a new position for the consumer in terms of how they gather and interpret current affairs information and what they want to see in the news for the year ahead.

The IoD seminar closed with a session from NickI Chapman and a discussion on how organisations can learn from other sectors in coping with change.

In response to the level of demand for this week's sessions, which outstripped the number of places available, an additional double-bill session has been announced for the end of February 2012. 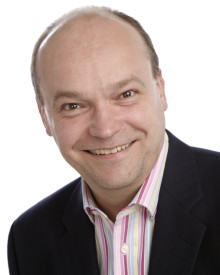 For the New Year, elephant communications is joining forces with HPI Research to run a series of free open-house seminars for in-house PR, marketing and insight executives on their latest research probes. The sessions will be held in London in late January 2012. Tickets available via info@elephantcommunications.co.uk 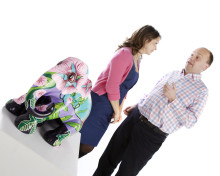 The relative influences of technology and economic slowdown on UK media habits were assessed on Friday, when elephant communications visited the University of Exeter business school. 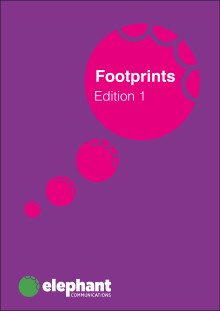 New footprints research series for clients out next week

One of a number of new research studies for 2012, the new ‘footprints’ series offers our take on some of the issues and news stories of the last few months that we think have an interesting footprint for the future. In contrast to the market research focus of our other research series, footprints is about ideas.

This month work is underway on two new research series for 2012. 'Austerity Britain' is a new quarterly probe that will draw on UK polling data to track how a range of demographic groups are coping with cost of living hikes and explore how this is shaping their views on a range of national and local issues.

Community investment: Supporting the arts in 2012

As part of our Community Investment programme, for 2012 we will be supporting the Philharmonia Orchestra's education work.

We have made a decision today that supporting small businesses will become a central spoke of our community investment programme. Small businesses are the backbone to the economy and they need support.

February sees a number of further research sessions from elephant communications, including its first 2012 university lectures, which start next week.

The big read…watch and listen for 2012

Britons have started 2012 wanting to ‘read up’ on a range of serious topics when following the news. Key three topics that people wanted to learn more about in the news comprised world affairs, how to stay afloat financially and UK political debate. 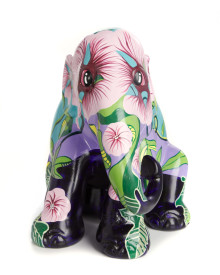 The elephant in the room?

Emerging media? A changed economic context? Delivering more on smaller budets? Evaluating impact? Integrating communications? Having two-way conversations? Content, channel or Ideas? - what is your elephant in the room for 2012 when it comes to communications, marketing and PR? 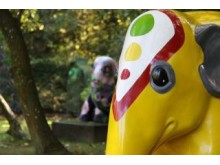