What a lovely way to end a week! Last Friday, Guy and I visited intu Trafford Centre to see how the Elephant Parade tour was going down with the people of Manchester. Following the amazing reaction to the elephants at London King’s Cross, the full tour herd came together for a month at intu Watford, before Elephant Parade made its debut in Manchester.

The launch event at intu Trafford Centre drummed up great media interest and intu was delighted that many of the regional artists came along to talk about their creations.

Having worked closely with intu to make this national tour a reality, we were keen to experience first hand the public reaction in Manchester and to see how the elephants were settling in. Anyone familiar with the city based Elephant Parades will relate to the ‘treasure hunt’ excitement experienced discovering elephants in surprise locations. This same sense of surprise and delight was captured wonderfully at intu Trafford Centre. Given the scale of the venue, a lot of thought had gone into the placement of elephants - many seemingly appeared from nowhere as we strolled round the centre.

Lorna Green’s Silver Sparkle seemed completely at home with the marble splendour of the grand entrance hall. Keith Siddle’s Piraphant was commanding his own pirate ship next door to the Orient; a Titanic-scale dining area, which boasts more than 60 restaurants. The elegance of Katie Solluhub’s and Patrice Moore’s elephants nicely introduced shoppers to John Lewis. Anna Masters’ Sunday Best gained an extra dimension as it emerged through the foliage on the ground floor.

The public engagement was emphatic. One of the tasks for the day was to take pictures for the forthcoming tour art book and it was impossible throughout the day to take a clean shot of an elephant without families and children in the picture – such was their level of interaction with the popular designs.

At lunchtime, we stopped in to meet Justin Webb, intu Trafford Centre PR and Media Manager, who has been co-ordinating local activity with a specialist focus on social media engagement with the centres quarter of a million Facebook followers.

Justin introduced us to the six Manchester elephants who have joined this leg of the tour, each designed by local school children.  The schools programme is a real passion project for intu and earlier this spring, hundreds of schoolchildren submitted designs for the chance to take part in this year’s tour. This is the first year that school children are getting the chance to take part in the tour itself - a sign of Elephant Parade’s continuing evolution.

We then went on to meet Twiggie – a very special elephant for Manchester. As part of its sponsorship of the tour, intu invited its staff around the UK to submit designs for one of the tour elephants. The result was Twiggie, designed by Trafford Centre employee, Anastasia Leonard; a bold and confident elephant that holds pride of place on the ground floor. It was apparent by public reaction that Twiggie has captured the public’s heart, with some even requesting that she resides permanently in the centre after the tour has finished next August.

We asked Peter if the Manchester public had any clear favourites when it came to the replicas that they were buying and his feedback was that Red Arrow and Piraphant had both proved to be runaway successes. One customer earlier in the day had been a lady buying a Red Arrow replica for her husband, who turned out to be a Red Arrow pilot.

We finished our day as it started – back on the treasure hunt looking for elephants. This time we were on the lookout for the elephants that had joined the tour at this stop. In addition to three artist designs and the six school elephants, BBC One Show’s Alex Jones had created a striking design which debuted in intu Trafford Centre last month. Alex’s elephant commanded an imposing spot on the first floor concourse alongside Claudia Schiffer’s Forest design.

But the tour will evolve further; contemporary artist Pete Fowler will debut at the next leg of the tour - intu Metrocentre in Gateshead – and around 500 designs have been submitted by schools in that region, all of which will feature in the digital show reel. The story continues…

Cardiff wakes up to an invasion of elephants 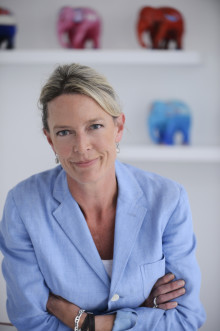 Community investment blog by Karen Waugh: We are doing something different for our next free PR advice day for small businesses on Wednesday 16th October. 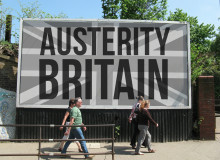 Christmas cutbacks on the cards

Two thirds of British adults are planning cut backs on their Christmas spending this year. The top savvy steps to stay afloat through the Christmas period include: setting a strict limit on present spend per head, cutting down on essentials and not sending Christmas cards.