To mirror the growing range and diversity of elephant’s work across music, entertainment and the arts, the team is undertaking a number of research probes over the next 12-months to explore the public’s relationship with live performance and the arts across a range of genres. The new studies will capture a snapshot of consumer sentiment and aim to assess if and how economic, cultural and geographic factors and the digital revolution are driving changes in habits and preferences.

The first chapter in this rolling research probe has explored live concerts and gigs in the rock/pop genre. The top concern for fans was the closure of clubs and small venues (35%), a concern that was equally felt across all age groups.

Set against the squeeze on small venues – most acutely felt by music lovers in London and the East Midlands – there was also a very different concern over larger concert venues. Here the issue was not one of venue closure, but of ticket prices just becoming far too expensive for many people.

The growing popularity of streaming - over actually buying music - was also seen by the public to be a real challenge for new bands.

Despite the various challenges mentioned, going out to a concert or gig still represented a social high point for many people during the typical month. In some respects, the era of austerity and current economic uncertainty has perhaps made people value their treats all the more. 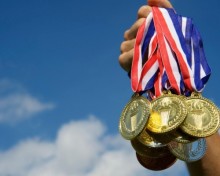